Botswana Railways had over the years been marred by a number of problems, which had developed over a fifteen (15) year period from the time of the take over from the National Railways of Zimbabwe. These were compounded by poor organizational performance as well as historic under investment in rail network, rolling stock and infrastructure. As a result, for six years, starting in 1999, Botswana Railways had been experiencing operating losses which had led to a decrease in share capital.

In 2006, the Botswana Railways Board approved a holistic, in house drawn, Turnaround Strategy which sought to transform the organization by refocusing it to improve its performance and profitability through a total re-engineering process. The Turnaround Strategy had envisaged an investment running into millions of pula, spanning over a five year period to fund major renewal and recapitalization programs. 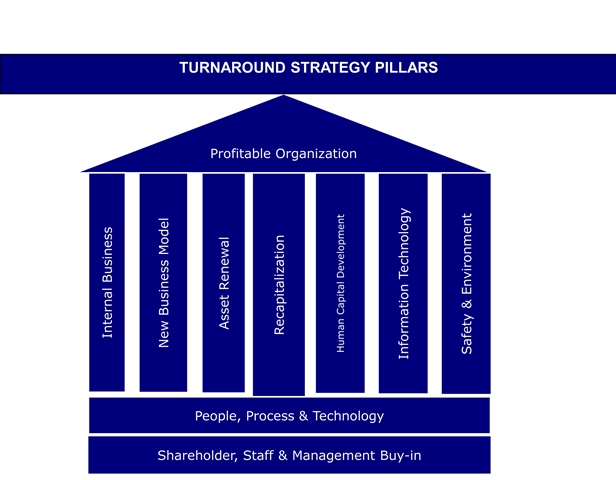 Botswana Railways will achieve the objectives of the Turnaround Strategy through engaging strategy benchmark partners, allowing the organization to focus on its core business of transporting bulk commodities and soliciting shareholder’s assistance on funding for the rehabilitation and renewal of the company’s assets.