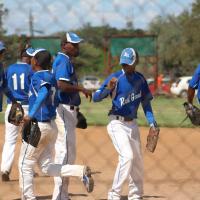 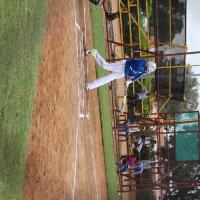 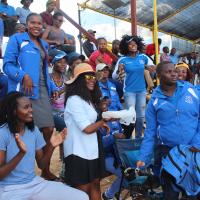 On the weekend of Friday 7th -9th April 2017, the Botswana Railways softball team Rail Giants once again participated in the Bofinet Softball league games in an effort to earn themselves a spot in the league’s top 4.

The games which took place at National Diamond and UB grounds hosted TOP 8 teams of both the men and women streams who were competing for the top 4 spot out of which the champions would eventually emerge.

Rail Giants had representation from both teams but the ladies were kicked out of the competition on the very first day after a sloppy loss of 5- 2 to Dinare.

Commenting on the team’s performance, Rail Giants women’s team the coach expressed his disappointment in the girls and noted that it was an easy game that he had expected to win.

“They performed below par, a lot of things came into play as we were not psychologically prepared and fear took over the team”. Said Coach Maforaga.

He added that the team put itself under too much pressure, a mistake that cost them the game.

In the men’s world, the team portrayed great teamwork and showed their desire to come out on top as they beat Dinare Men 4 – 0 on April 8th, later that evening they fiercely fought with one of the league’s top competitors, Panthers. A game so tight it had us spectators seating on the edge of our seats, but Rail Giants showed who the better contender was as they won 4-3.

They went on to battle it out with yet another strong side of Wells men, where they lost 6-4. “We played, we did our best, but I still feel we weren’t prepared enough especially on our offense” said Coach Mokenti of the Rail Giants Men. He noted that overall the team performed well considering it is not easy to make it to top 8. The current results has led to the team not being part of the runners for the Bofinet Softlball League Finals. It hopes to redeem itself in the upcoming games, the Selibe Phikwe Extravaganza scheduled for July Holidays.

Meanwhile the Men’s Pitcher and shot stopper Romeo Tshelametsi and Onkemetse Kaila will go on the men’s national team camp on May 4th. They will be joined by Pako Maforaga as Head Coach.