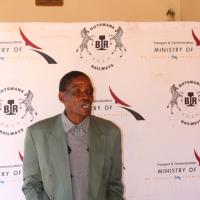 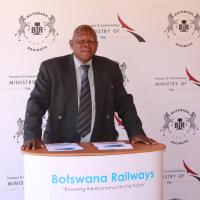 Botswana Railways (BR) bid farewell to its 2 employees, Mr. John Latolang and Mr. Judge Nkgwaphe on June 23, 2017 at BR Guesthouse in Mahalapye. The ceremony was graced by among others the Executive Committee of the organization. The devoted duo joined the railway company when it was still under the administration of National Railways of Zimbabwe. They witnessed the historic birth of the present day Botswana Railways in 1987, administration takeover by Botswana Government from their Zimbabwean counterparts, and served the organization to their retirement for 35 and 30 years respectively.

The retirees expressed gratitude and humility for their contribution to Botswana Railways through good and challenging days. Mr Latolang reminisced how tonnage has through the years declined and how BR used to handle large volumes stretching company resources to the optimum. “It is sad to leave the organization at the challenging time where the company is struggling financially, there is no tonnage “Said Latolang considerately.

Mr Nkgwape on the other hand joined Botswana Railways in September 1987 as a Field Worker. In February 1990 he was appointed Ex-Relay Worker, the position he held for 6 years. He was later redeployed to a sanitary attendant, holding the position until May 1998. He was subsequently promoted to the position of Track worker, a position he held to his retirement on 31st May 2017. For his part Director Operations and Engineering Mr. Justice Ramontsho had this to say” Retirement is a special achievement, it is not a bridge that could be crossed by all”. Ramontsho expressed gratitude to Botswana Railways’ Management for organizing such an event in honor of its employees who were leaving BR having attained retirement age.

In his Remarks, The Acting CEO Mr. Stephen Makuke commended the pair for their loyal and illustrious service to the company. Makuke highlighted that of all the company’s assets, Human Resource is the most valuable and thus it is important for the company to endeavor towards its retention. “This milestone could be achieved through hard work, unity and cooperation between employer and employees “said Makuke. The Acting CEO wished the duo a restful and enjoyable retirement. The retirees could not contain their joy as they were each presented with a personalized Size 25 cast iron three legged pot, BR branded coffee mug and an umbrella.